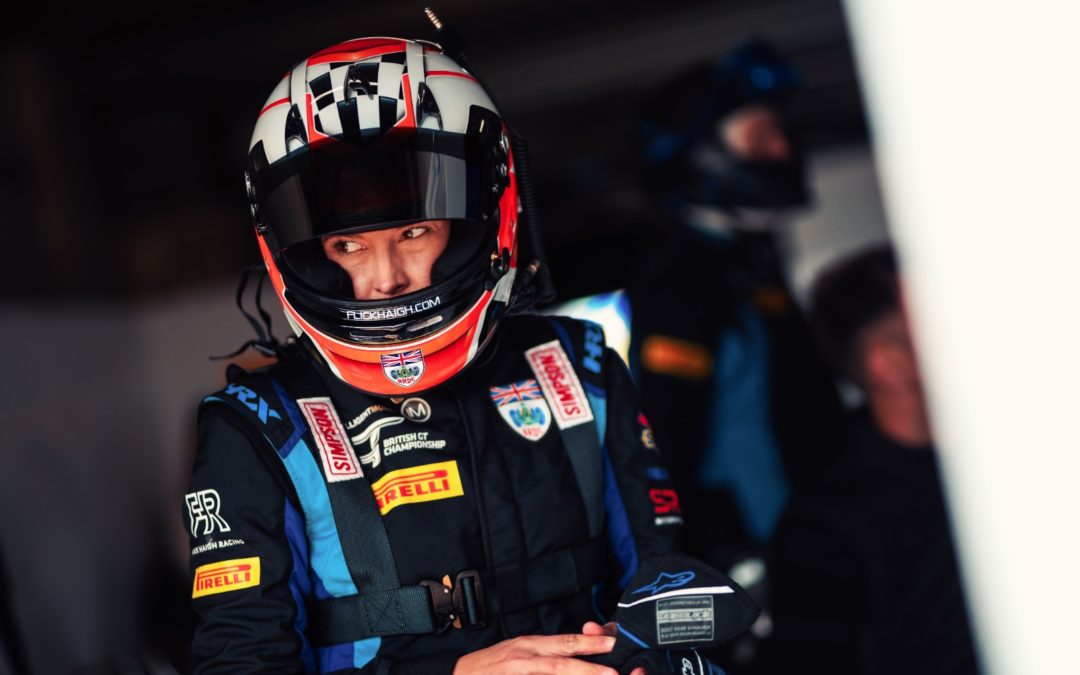 A front row start, and hard-fought podium finish were two of the headlines for Flick Haigh as she returned to track action this weekend. Competing in rounds 5 and 6 of the Intelligent Money British GT Championship at Snetterton, Flick had mixed fortunes across the two races, but outright pace at the wheel of the 2 Seas Motorsport Mercedes-AMG GT3 was never in question. A puncture in the final moments of race 1 whilst leading the race robbed Flick and her teammate, Jonny Adam from their maiden victory in only the second race of the year, while the weekend was signed off with a well-deserved Pro-Am podium after a faultless drive.

Having returned to racing last month after a four-year break, Flick joined her 2 Seas Motorsport teammate, Jonny Adam, aiming to build on the impressive top-5 result. After working through a run programme and building up speed during the Free Practice sessions, Flick went into the weekend’s first qualifying session feeling confident and looking for a strong result. This was quickly evident as she immediately posted her quickest time, and then consistently improved over the short session. As the session approached its conclusion, Flick set the provisional pole position time, twice, and broke the previous lap record in the process. It was only in the dying seconds that she would eventually be pipped to the top spot by just 0.048s but would still line up on the front row for race 1, just ahead of her 2 Seas Motorsport teammate. 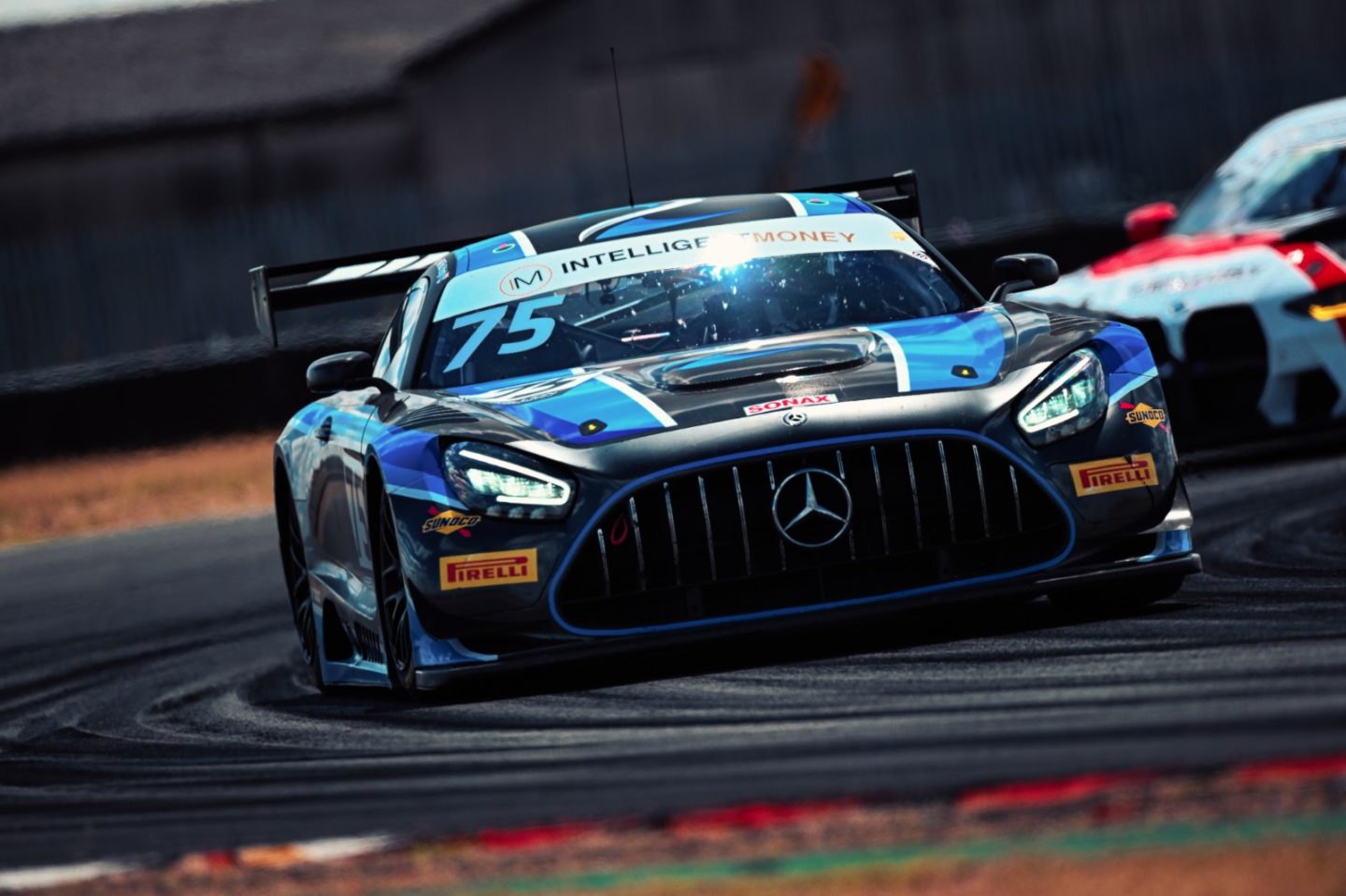 Flick made a strong start to the opening race of the weekend, maintaining position and pulling away from the chasing pack as she continued to show the pace from the previous session. While the leader built a gap at the front, Flick remained focus on her own race and was consistently posting the quickest sector times as she settled into her rhythm over the opening stint. With action and congestion building in the chasing pack, Flick’s pace continued to improve, setting the quickest lap of the opening stint as she maintained the gap to the leader and, at half distance, the blue and black #75 Mercedes-AMG GT3 was firmly in battle for the lead. Indeed, a textbook stop by the 2 Seas Motorsport pitcrew saw Flick hand over to Jonny, who emerged from the pitlane in the race lead. From here, he then set about building a lead, but a cruel twist saw this charge brought to an early end as, with just six minutes remaining, a puncture forced the leading pair to retire from an almost-certain race win.

Flick watched on as Jonny took the start of race 2 and, despite being involved in a first lap incident, the #75 remained in the top-5 battle as the race reached middle distance. In a repeat from the earlier race, another faultless stop gained a position as the pitstops played out and Flick exited the pitlane fighting for the final outright podium. Quickly up to speed, she was firmly engaged in the battle for position and found herself closely positioned under the rear wing of the lead McLaren before making a clean move less than a lap later. The pass moved Flick into clear air on track, and she was then able to run an uninterrupted race, consistently quicker than the two cars ahead and one of the fastest on track. As the chequered flag fell, Flick crossed the line to claim her first podium in only her third race of the year, P2 in the Pro-Am class, p3 overall.

“I am so happy with the end result and the performance over the weekend. It was really disappointing to lose out on the win in the first race, obviously, but that was purely down to bad luck and was totally out of our hands. Everything we could control seemed to go to plan. Qualifying was great fun, and I really felt like I had the car beneath me throughout the session, and the pace in both races was extremely strong. Jonny did a great job, as ever, and it is such a special feeling to be back on the podium after a few years away.

The 2 Seas Motorsport team did a fantastic job all weekend, and we made up two positions over the two races thanks to their perfectly managed stops, so a big thank you to each of them. I just can’t wait to get back out, and wish it wasn’t so long until Brands Hatch!” 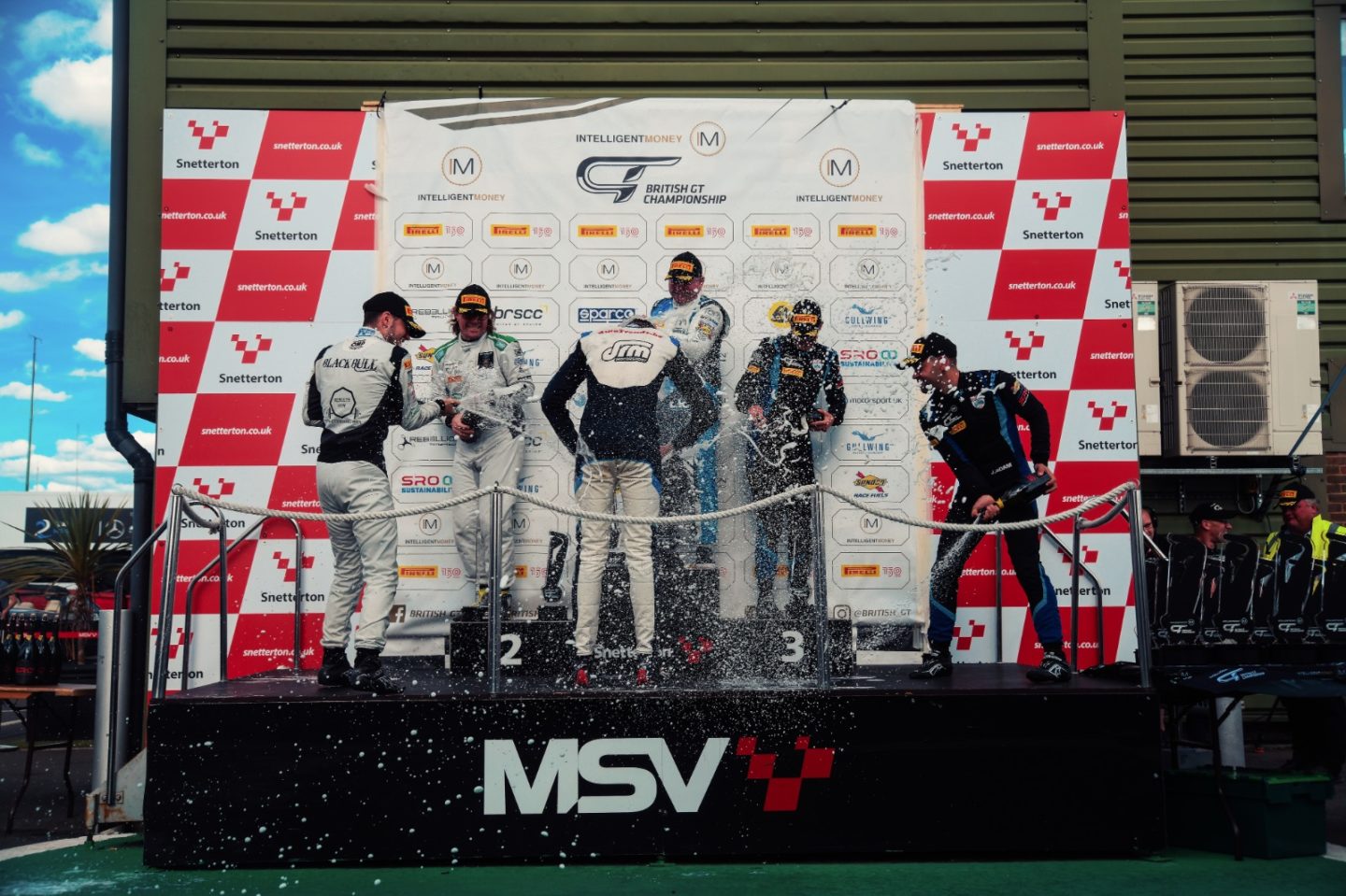 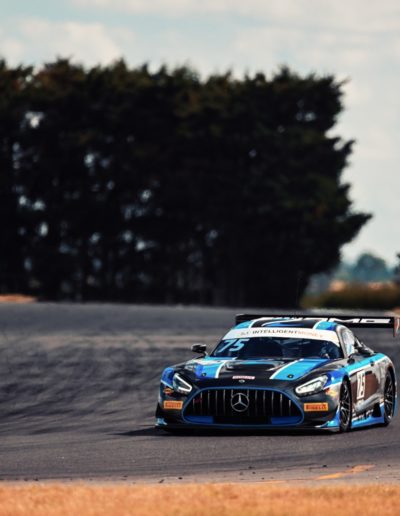 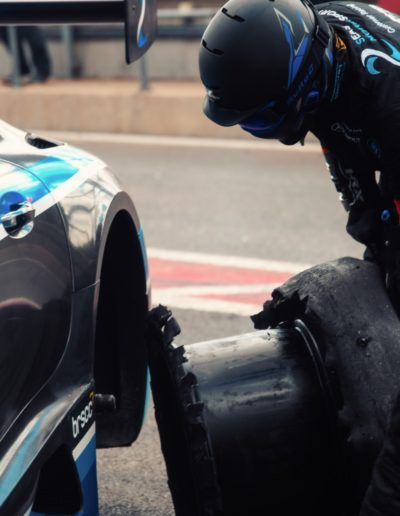 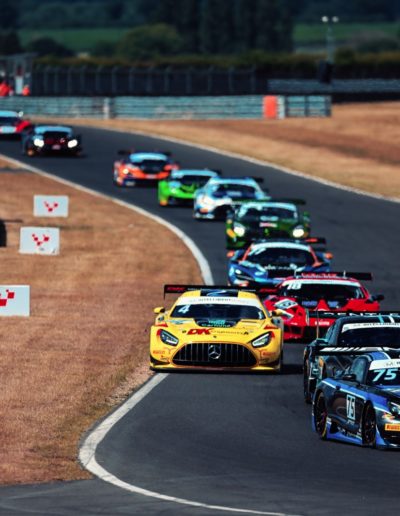 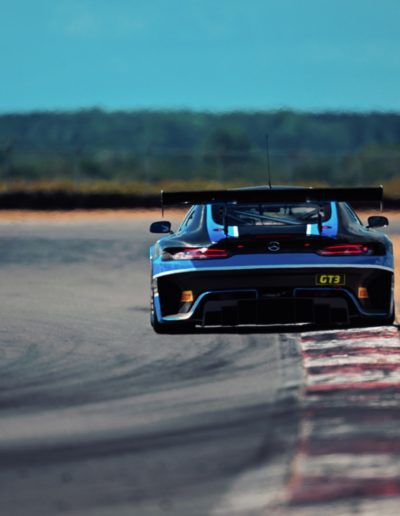 Flick will make her third and final Intelligent Money British GT Championship appearance when the series visits Brands Hatch for the penultimate round, 10-11 September.